How to Choose the Best Route for Climbing Kilimanjaro

Are you climbing Kilimanjaro but don’t know which route to pick?

As the popularity of climbing Mount Kilimanjaro continues to increase, potential climbers are often uncertain as to which route to take. This site will explain the differences between the routes and help you decide which is the best for you.

There are seven major routes used to climb Kilimanjaro. They are:

There are two routes used for descent. They are:

The descent routes are assigned based on the ascent route. Climbers do not have a choice as to which route to use when coming down the mountain.

The fallacy of declaring a “best” Kilimanjaro route

Choose the right route and have a spendid, enjoyable experience. Choose the wrong route and suffer a harrowing, miserable climb. Right? It’s not that simple. Climbers succeed and fail on every route. Climbers also love and detest every route. Therefore, there is no “best” route for everyone. Route preference is specific to the individual. The question you should ask is, “Which route is best suited for me?”

Here are some examples:

As you can see, you may have very valid reasons for choosing or avoiding any given route. When selecting the route, make sure it is the appropriate route for your desires, physical ability, aptitude and comfort level. Do not let your guide service choose for you! They will likely steer you to the route that they want to lead.

Things to Consider when Choosing a Kilimanjaro Route 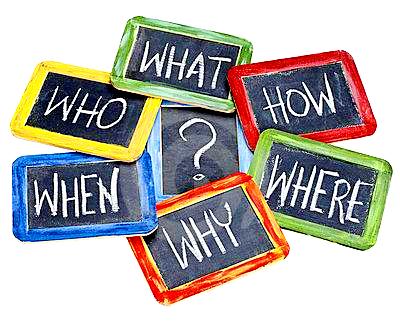 To choose the best Kilimanjaro route for you, there are plenty of variables to be mindful of. Take some time and consider these questions.

There is no “best” Kilimanjaro route!
It all depends on you. 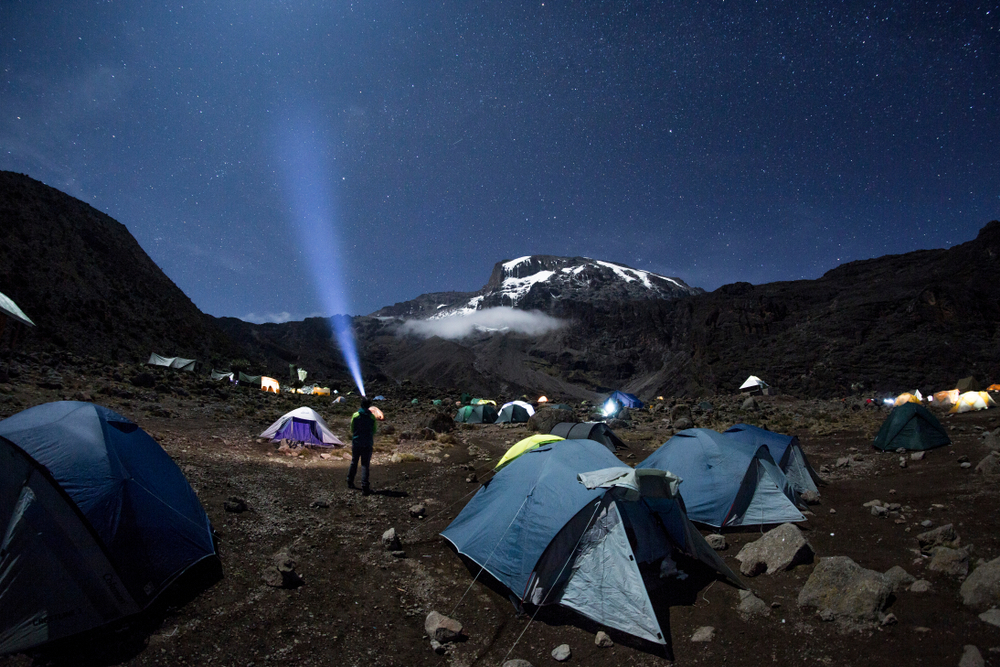 Below are brief descriptions of the climbing routes on Mount Kilimanjaro, the distance roundtrip and the number of days.

Among the differences between these routes:

The map below shows the routes and the corresponding statistics: 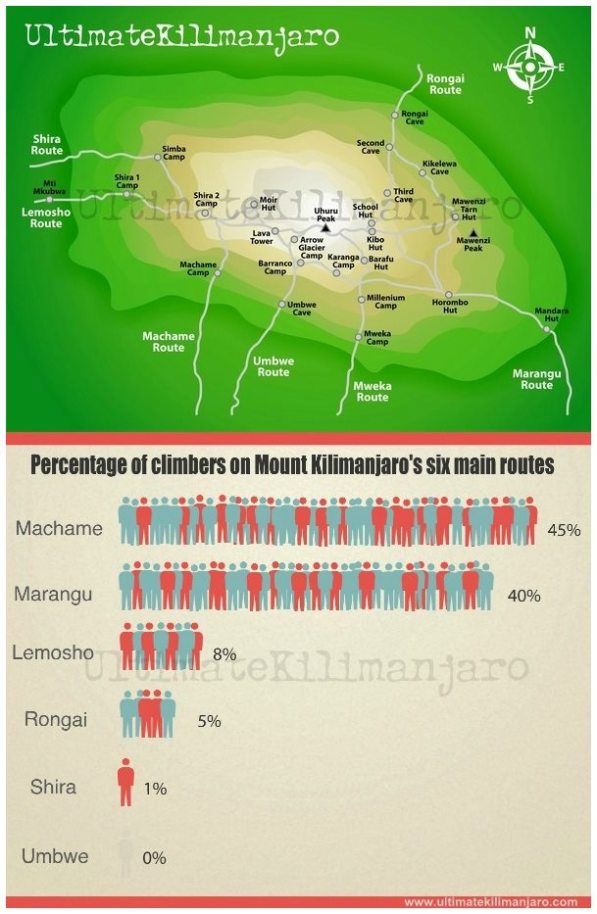 Machame is the most popular route on the mountain, with an estimated 45% of all climbers using this route. Next is the Marangu route, with an estimated 40% of all climbers opting for this route. Lemosho and Rongai see far less use, but are the preferred routes for the more reputable (expensive) Kilimanjaro outfitters, and are thus growing in popularity. Shira, Umbwe and Northern Circuit barely have any foot traffic.

Picking the wrong route can mean a unnecessarily difficult trek, a failed summit, or getting sick and/or injured. So it is necessary to compare the different elements that makes each route unique.

Remember: pick the kilimanjaro route that is right for you!

Here are some general helpful tips when climbing Kilimanjaro.

For More Info on Kilimanjaro Routes